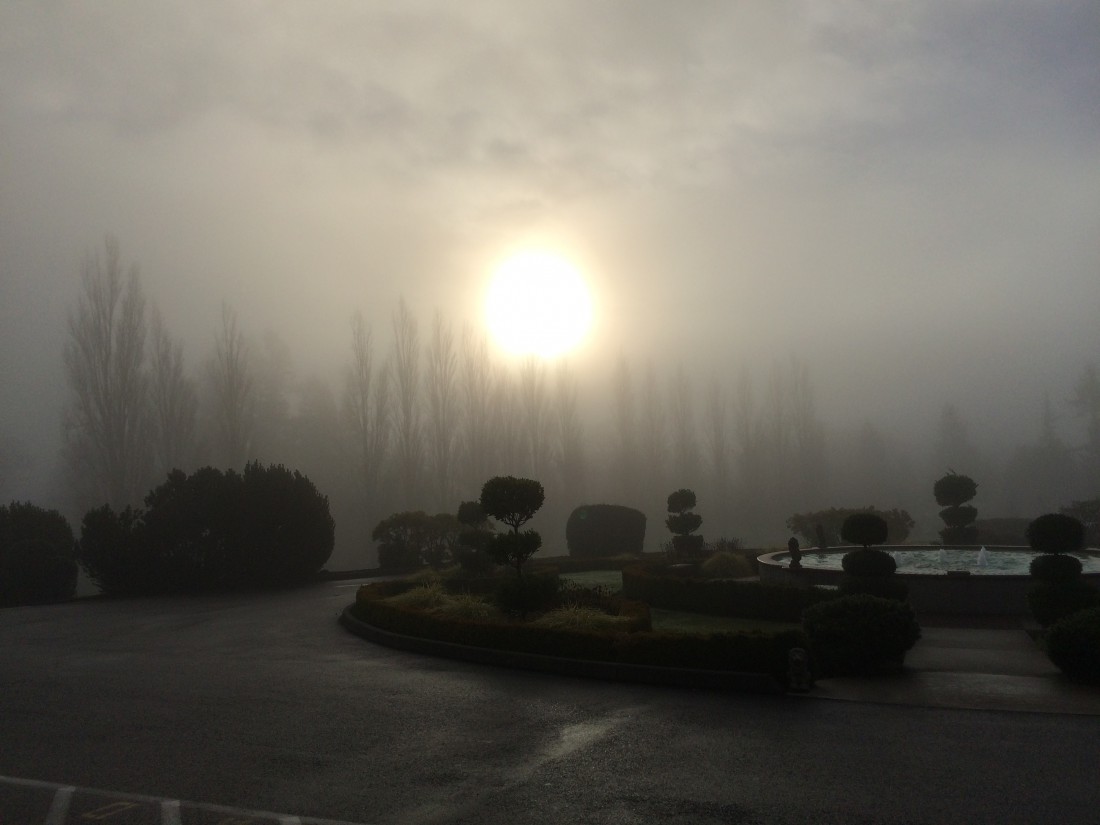 I grew up in Connecticut, where I often heard the old Yankee saying “If you don’t like the weather in New England, just wait a minute and it will change.”

When we moved to St. Louis, MO, right after getting married, we didn’t initially have a car. I had to take a couple of different buses to get to work. On my first day of transferring from one bus to another, I asked an older woman at the bus stop if I was in the right place to get the bus I needed. She told me yes, I was. Then she asked me if I was new in the area, and we began to chat. Out of the blue she said, “One thing about St. Louis weather: If you don’t like it, just wait a minute and it will change.”

Now we’ve retired to the Pacific Northwest, and guess what people say about the weather here. Yes, “if you don’t like it, just wait a minute and it will change.” But this time people are right.

I arrived in Tacoma, after a week on the road from St. Louis, the night before I was scheduled to move into my cottage at the retirement community. I stayed at a nearby hotel that night. When I arrived at my cottage at 10:00 the following morning, it was pouring heavily. I was thankful that I had an attached garage to keep me dry as I unpacked my loaded-down little hybrid car. By 11:00 I had all the boxes out of the car and placed in the appropriate rooms (though not unpacked). I was ready to head off to Costco, Target, and Safeway for additional necessities such as food, a coffee maker, a vacuum cleaner, and kitchen storage containers. And when I left to run my errands, the weather was beautiful: a sunny, clear, warm spring day. What a difference an hour had made.

After about a year and a half here, I’m still getting used to this changeable weather. In St. Louis the hottest part of a summer day was usually from noon until about 2:00 or 3:00. After that the temperature would usually begin to go down at least a bit. But here in Tacoma the hottest part of a typical summer day is from 3:00 or 4:00 in the afternoon until sundown. In the winter we do get quite a bit of rain here. (Have you ever noticed that when a movie or television show is set in Seattle, the indicator of the setting is always rain?) But even in winter a day often starts off with drizzle and fog that gives way to sun, or at least less rain, by mid-morning or early afternoon.

In fact, I find the weather here one of the attractions of the Pacific Northwest. I know that if I don’t like it at any given moment, all I have to do is wait a minute and it will change.