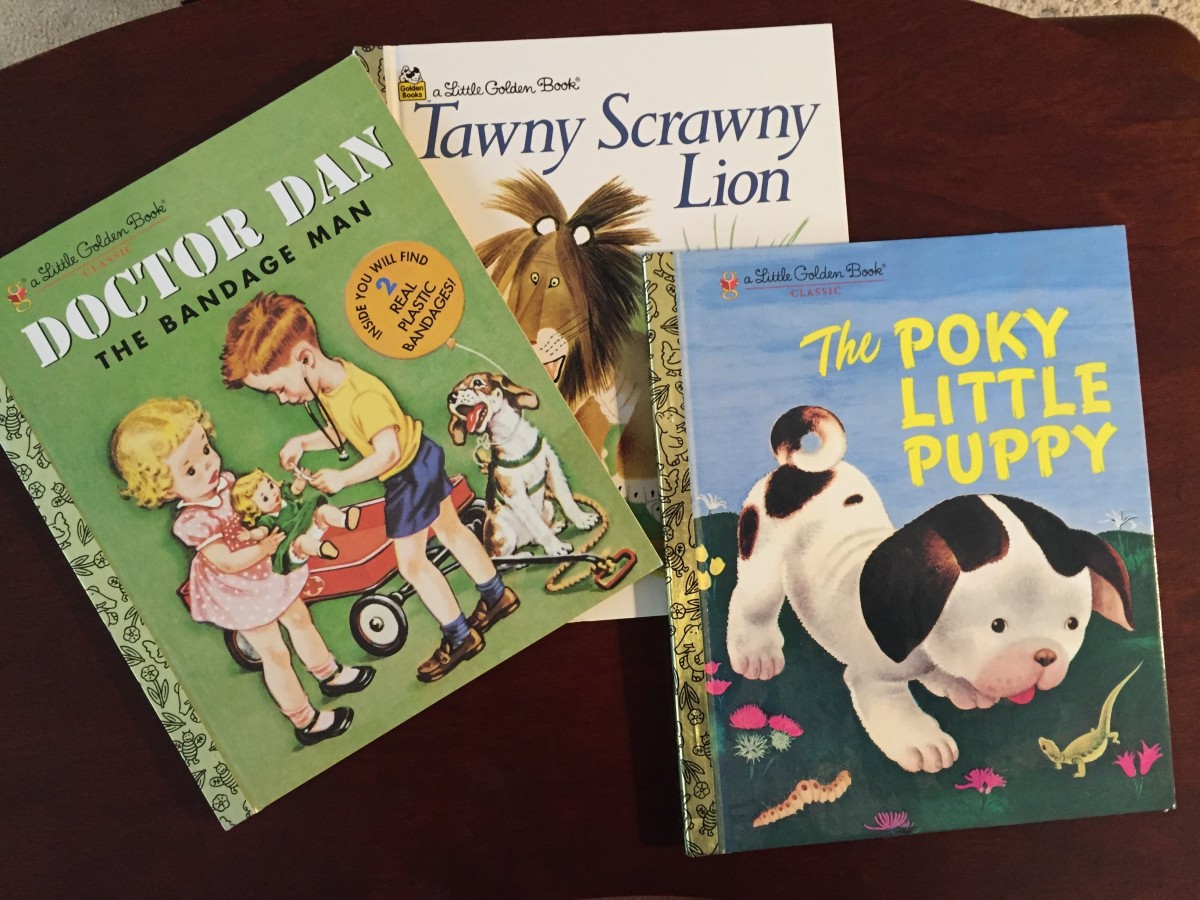 Time again for Three Things Thursday, the purpose of which is to “share three things from the previous week that made you smile or laugh or appreciate the awesome of your life.”

Do you remember Little Golden Books?

Not the flimsy ones for sale nowadays. I’m talking about the original ones, from the 1940s and 1950s, that were made of sturdy cardboard.

Before Little Golden Books (LGB), most books for children were designed for adults. They were large, with dense printing on the page, and expensive. They were meant to be read TO children rather than BY children.

Little Golden Books originated in October 1942 as a joint effort of Simon & Schuster, the Artists and Writers Guild, and the Western Printing and Lithographing Company of Racine, WI. They were designed to appeal to beginning readers ages 3–8 and cost 25 cents. They were small enough for children to handle and featured large, engaging illustrations.

At first LGB were sold in bookstores and department stores, but after World War II Simon & Schuster began marketing them at five-and-dime stores, drugstores, and grocery stores. Because of their low cost and their placement in stores where mothers shopped, LGB were an instant success. After only five months, consumers had bought 1.5 million copies.

Here are three of my favorite LGB from my childhood in the 1940s and 1950s. Alas, these are replicas of the original books I had as a child, purchased for $2.99 each in October 2002, when several of the early titles were reissued to celebrate Little Golden Books’ 60th birthday. 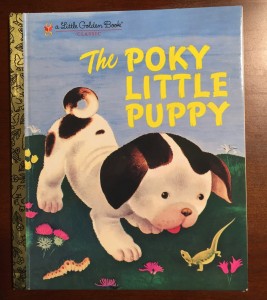 This was one of the original 12 titles of LGB issued. It remains the most popular of those original books and was the best-selling children’s book of the 20th century, with 14,898,341 copies sold. 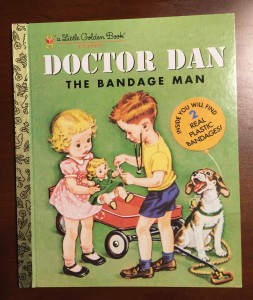 The first run of this title was 1.75 million copies, the largest first run of any LGB up to that time. This book marks an early example of product placement, as it contained Band-Aids stuck on the title page. According to the cover, shown in an exhibition that ran at the Smithsonian from June 28, 2013, through January 2014, the original edition contained six junior-size Johnson & Johnson Band-Aids instead of the mere two of my later edition. 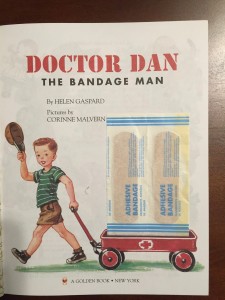 This title illustrates that LGB featured the stereotypical thinking of its time: Dan, the boy character, is the doctor. Later, a book titled Nurse Nancy that also included Band-Aids was sold. A girl could be a nurse, but only a boy could be a doctor. 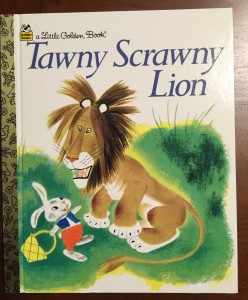 This is my favorite LGB of all. I think that, even as a child, I wanted to be like the little rabbit who was brave enough and smart enough to outwit all the other animals by figuring out a way to tame the appetite of that “tawny, scrawny, hungry lion who never could get enough to eat.”

Do you remember Little Golden Books? Did you have any favorites?