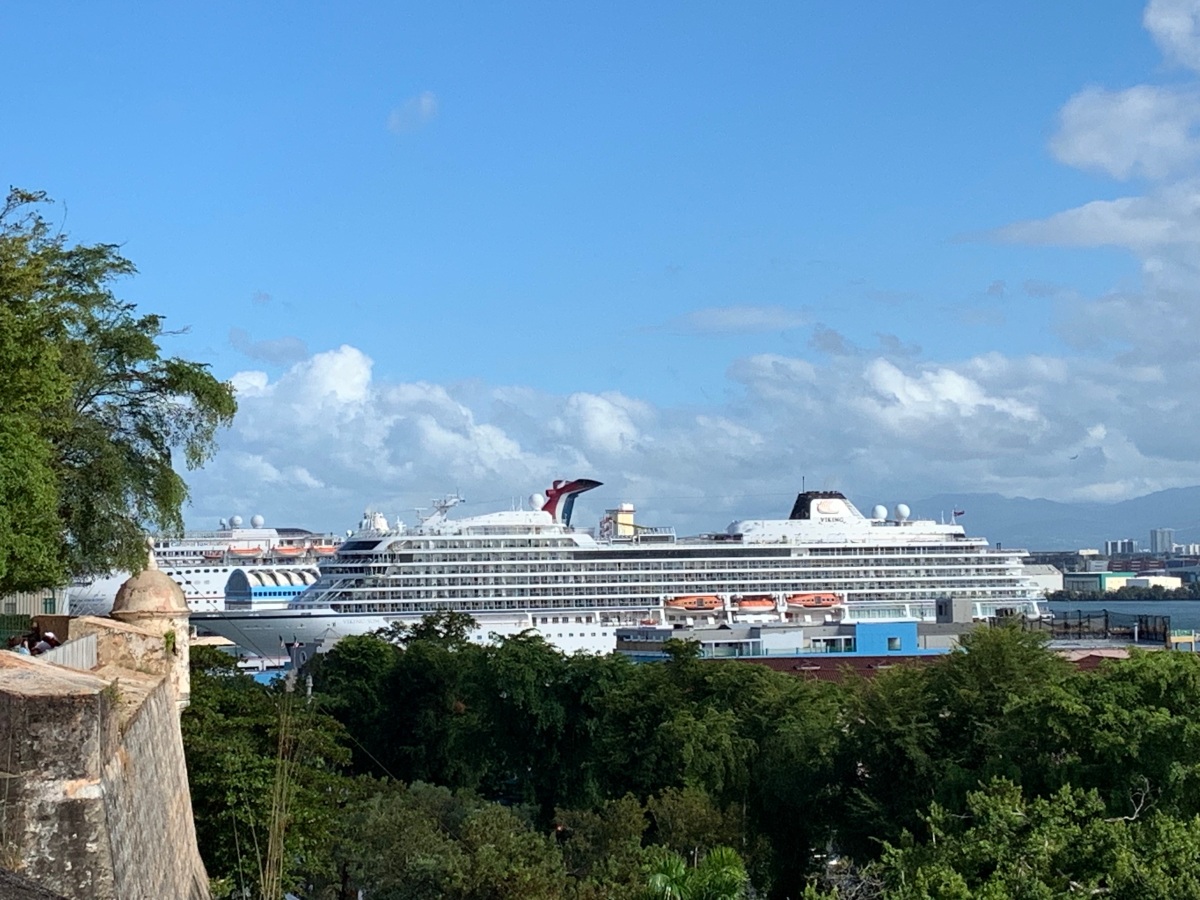 We arrived in Miami and boarded our ship on Wednesday, January 3. The ship departed from Miami at 8:00 p.m. on Wednesday. After spending Thursday, Friday, and Saturday at sea, today we docked at San Juan, Puerto Rico.

Originally settled by the Spanish, the area is heavily Catholic. It was named San Juan in honor of St. John the Baptist. Today, January 6, in the Christian calendar is Epiphany, the day when the birth of Christ was revealed to the three kings. In San Juan, the day is a holiday known as Three Kings Day. Our guide said, “Here in Puerto Rico, we celebrate Christmas longer than just about anyone else in the world.” He said that their celebration would end in a couple of weeks. Sure enough, later we were in a store and heard “I’m Dreaming of a White Christmas” playing.

On our two-hour walking tour of Old San Juan we visited a fort that’s a San Juan National Historic Site maintained by the U.S. Department of the Interior.

(Click on any image to see a larger version.)

This historic site flies three flags: the Burgundy cross (symbol of the Spanish empire when San Juan was settled, the flag of Puerto Rico, and the U.S. flag. 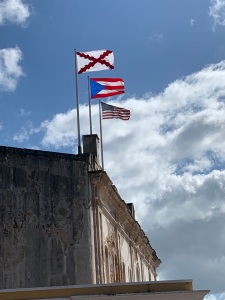 Many of the streets in Old San Juan are paved with blue stones that served as ballast in the Spanish galleons that brought goods and settlers to the region.

We all had to grab our hats to keep from losing them in the strong wind. When someone commented on the wind, our guide said, “Yes, it’s windy. These are the trade winds that powered ships across the Atlantic.”

Not far from our ship lay a replica of the Santa Maria, the largest of Columbus’s three ships. 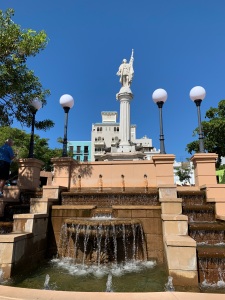 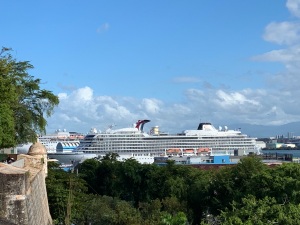