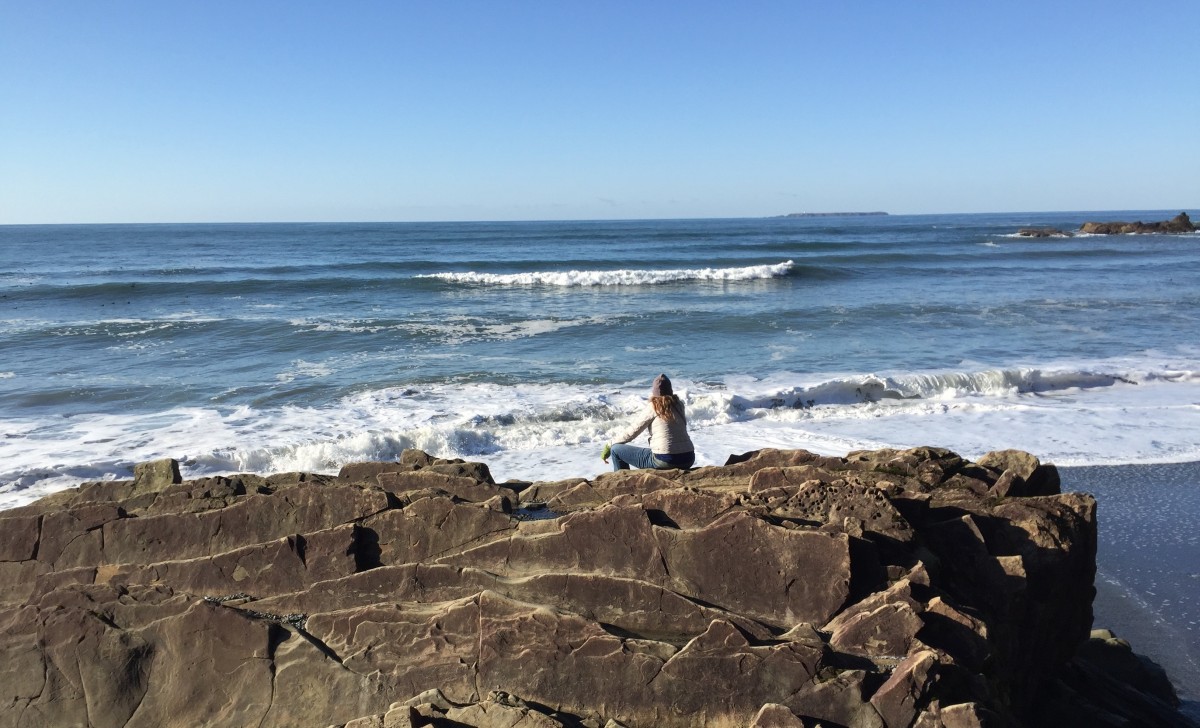 Once again, we awoke to beautiful sunshine. There was frost on the cars and on the sides of the driveways where the sun hadn’t yet reached, but the cabin’s heater and the comforter on the bed kept us warm throughout the night.

I had been here twice before. It’s beautiful because of the rocks, called sea stacks, that jut out of the water not too far out from shore. The stacks, remnants of eroded coastal cliffs, provide a place for birds, including cormorants, murres, pigeon guillemots, and petrels, to breed and raise their young. 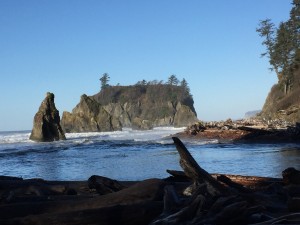 Because we arrived just a few minutes before high tide, the sandy part of the beach was hidden by the waves. The area open for walking was covered by stones. Looking at the stones reveals that some have been in the water longer than others. Most of them have been tumbled into smooth discs or ovoids by being in the water so long, but occasionally one appears that still has an irregular shape with some jagged edges. Walking across the beach on the stones is a challenge because the stones give way and shift underfoot.

Ruby Beach, like the beach here at Kalaloch Lodge, is also covered with logs that have been tumbled around by the water and have eventually washed ashore. 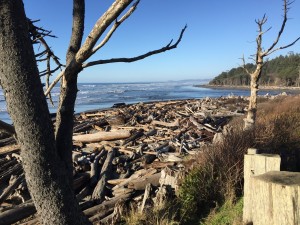 About 73 miles of coastline along Highway 101 are protected as wildlife refuge. Many of the beaches are accessible only on foot or by boat, but Beach 4 offers a parking lot and a walking trail..

The path from the parking lot down to the beach terminates in this wooden walkway: 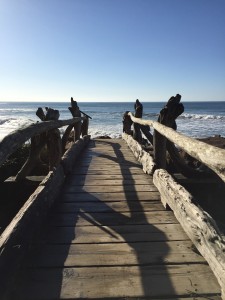 From here you can venture out onto the rocks, if you’re brave enough. We weren’t brave enough, but there were some younger people there who were.

When we arrived, the tide had recently begun to ebb. There are not as many logs on this beach as there are at Ruby Beach and at Kalaloch Lodge. 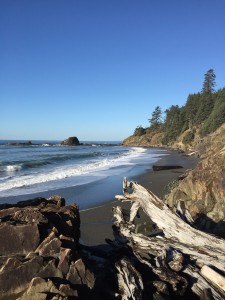 Here the rocks take center stage and demonstrate how the coastline formed over the last 15 million years:

Earth’s outer crust consists of vast mobile plates carried along by convection currents. As the ocean floor collided and dipped beneath the land plate, the rocks which form the Olympic peninsula were skimmed off and added to the continent.