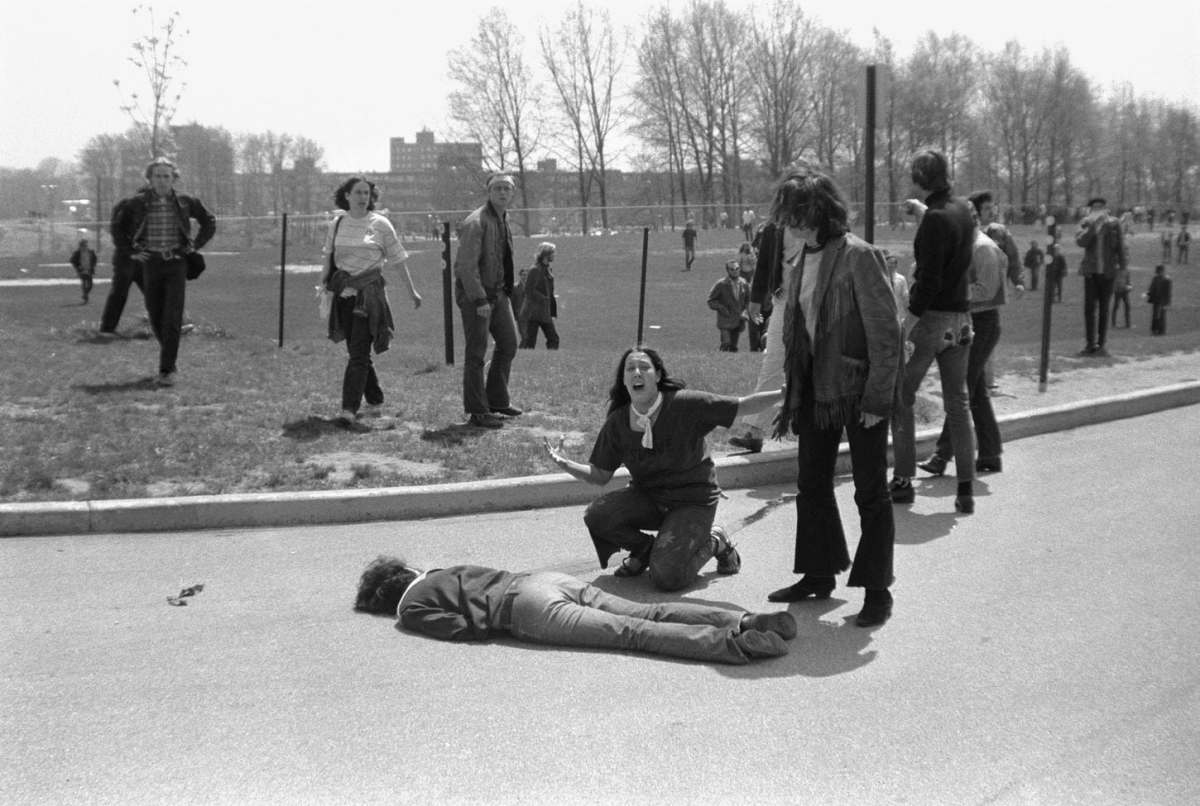 The Girl in the Kent State Photo

If you’re old enough to remember the photo above, this article might interest you. I don’t think I ever knew that the girl in the center was only 14 at the time.

My college graduation (Boston University) was canceled because of the killings at Kent State. We were in the middle of final-exam week. Exams already taken would be included in final grades, but the rest of exams were called off. Those of us living in the residence halls were told to move out within the next couple of days.

COVID-19 Vaccines Could Unlock Treatments for 5 Other Deadly Diseases

Research often leads to serendipitous, seemingly unrelated discoveries. This article explains how the COVID-19 vaccines work and why scientists hope their development can yield new treatments for other diseases, including HIV, Parkinson’s disease, and cancer.

Some young women embraced their gray hair during the pandemic. They might not go back.

And here’s a story of a different kind of serendipitous discovery. Maura Judkis, age 34 at the beginning of the COVID-19 pandemic, carefully watched “the silver stripe that expanded every week where I parted my hair.”

Then she discovered the Silver Sisters, an online group of women who were letting their dyed hair grow out and their natural silver (the term they prefer over gray) hair grow in. “The Silver Sisters don’t just accept the inevitable, they embrace it,” Judkis writes.

The process not only allowed her to save about $1,000 annually at the salon but also prompted some self-evaluation: “Confidence with gray hair and comfort with aging are not necessarily the same thing . . . The pandemic was an opportunity to reflect on what we’re really afraid of underneath the hair dye and anti-aging cream, which is mortality.”

Discussion has been going on for a while now about how society can change its emergency response to mental health crises. Here’s how Seattle is changing its response to “non-emergency calls about substance abuse, mental health, medical problems and other issues that don’t require an ambulance ride.”

Looking Forward to Your 170th Birthday

Annie Murphy Paul reviews the book Ageless: The New Science of Getting Older Without Getting Old by Andrew Steele. Paul writes that Steele “relies heavily on examples from the animal kingdom, such as the Galápagos tortoise, which dwells for the many decades of its life in an enviable state known as ‘negligible senescence.’”

But, Paul argues, Ageless contains a major flaw: “Steele does not begin to grapple with the deeper implications of the project he champions so enthusiastically.” Because of this flaw, she calls the book “technically impressive but morally and emotionally shallow.”

With the COVID-19 pandemic, our retirement community has jumped aboard the Zoom bandwagon for social meetings, classes, and other enrichment activities. But my husband and I have declined to participate because we had heard so many stories about how insecure and subject to hacking Zoom is. This article gives some examples.