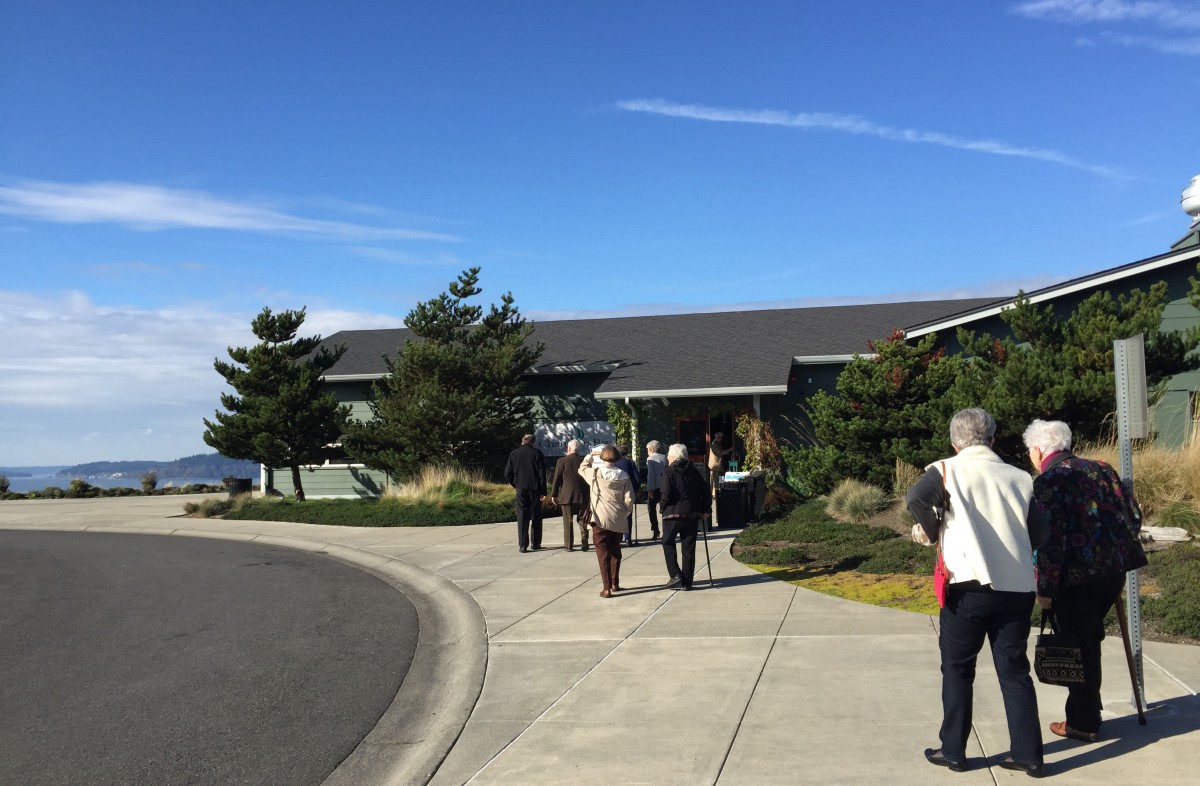 We’ve never been to nearby Chambers Bay Golf Course, though we have seen in on television. When a trip to the Chambers Bay Grill came up on our monthly Lunch Bunch schedule, we welcomed the chance to go see the place for ourselves. A lot of other people had the same idea, as we had a group of 28—enough that we had to use both of Franke Tobey Jones’s busses.

When our activities director called to ask if the Grill could handle that many, they told her something like “That’s nothing after the U.S. Open.”

My experience, though, was that our large group was a bit too much for them to handle all at once. We took up about two-thirds of the small dining room. My husband and I were at the table whose order was put in last. People at one of our group’s other tables were having their dishes cleared away just as we began receiving our food.

Another woman at my table and I ordered the salmon. It was a nice piece of fish but was overcooked and therefore dry. My husband had the marinated skirt steak, which he said had a good flavor.

I see that others’ experiences also vary widely. Chambers Bay Grill gets the following ratings on major social media sites:

Many people will tell you that you go to Chambers Bay Grill not primarily for the food but for the view. The place is beautiful, as we had seen on the TV broadcast of last summer’s U.S. Open golf tournament. I was hoping to get a few more scenic photos after lunch, but since we were among the last people to finish eating, I didn’t get a chance. The only photo I got was the one at the top of this post, which I took as we arrived. But if you do an internet search for Chambers Bay, you’ll find lots and lots of beautiful photos.

I think my husband and I should return to Chambers Bay Grill on our own sometime to check out both the beautiful view and food that isn’t prepared under such rushed circumstances.